Mediapool.bg: Could Bulgariа order for F-16 fighters become a Russian weapon in the hybrid warfare? 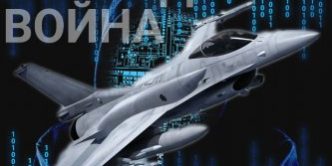 The deal with the US for eight F-16 fighter jets is the most significant and expensive step in the modernisation of the Bulgarian army in at least 20 years, but now it is in danger of becoming a hybrid tool of Russia. The contract was signed by the last government of Boyko Borissov, but its management will affect the next governments, which bear the responsibility for its successful implementation.

Moscow’s main hybrid weapons are precisely similar weaknesses in NATO member states that it actively exploits. There are many components in Bulgaria that provide it with opportunities to act – corruption, pro-Russian parties, but in this case – most notably our country’s unconvincing participation in NATO, which is clearly reflected in the controversy over the F-16.

The full article by Nikola Lalov can be read in Bulgarian language here.