Mediappol.bg: The loopholes in the Bulgarian position on the crisis in Ukraine are becoming more dangerous 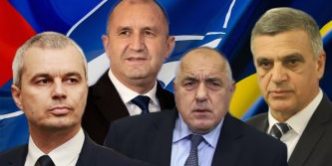 Bulgaria has once again proven to be one of the most insecure NATO member states – with a divided society, a “captured” political class, corruption and lack of leadership, and the cost of this behaviour in the deepening crisis over Ukraine is becoming higher and higher.

Russia’s main hybrid weapon in Bulgaria is the NATO-Russia division within the society, which it has systematically exploited. It is puzzling that, even as the war in Ukraine begins, interlocutors are invited into the studios of major television stations to defend the ‘Russian point of view’.

The full article by Nikola Lalov can be read in Bulgarian language here.