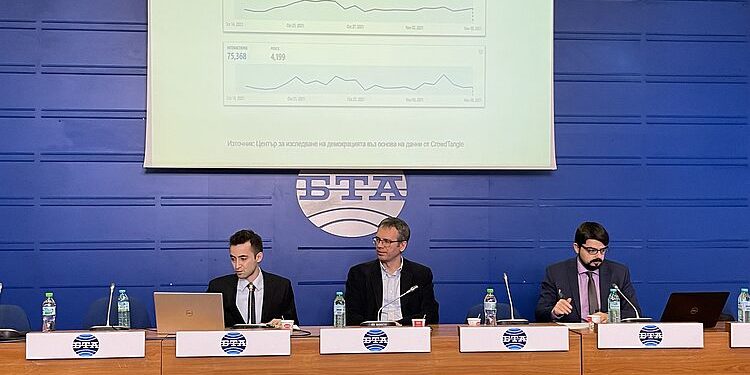 On 12 November 2021, the Center of the Study of Democracy held a press conference Disinformation Narratives in the November 2021 Bulgarian Elections Campaign: Key Actors and Amplifiers. On the event was presented recent analysis assessing the main propaganda and disinformation narratives and dissemination channels during the pre-election campaign in Bulgaria.

The political campaign for the elections have become a stage for propaganda and disinformation messaging that have deepened polarization in the society and have exacerbated wide-spread conspiracies. The analysis showed that political leaders rather followed pre-existing societal divisions than tried to manage and alleviate them in the election campaign. The most broadcasted disinformation narratives were related to COVID-19. Similarly, there have been many propaganda and disinformation narratives regarding the European Green Deal and the rising energy prices. These seem to have seeped from social media into popular public attitudes, too.

According to data from a nationally representative survey presented at the press-conference a staggering share of Bulgarians believe in popular disinformation or propagandist narratives related to COVID-19 vaccines and the European Green Deal. It is noteworthy that such beliefs mirror closely Russian disinformation efforts in Europe.

Find out more information at the CSD web-site: